Article adapted from an op-ed written by Neila Ben Ayed, Director of Women’s Services. Read the full letter on the CTV News website or in La Presse (in French).

In 1968, Coretta Scott King organized a Mother’s Day March to raise awareness for the plight of underprivileged women and children. This holiday in honour of mothers having just passed, it’s unfortunate that low-income women, and especially single mothers, still face overwhelming obstacles when it comes to finding safe and affordable housing.

Women are bearing the brunt of the current housing shortage—even more so if they are poor, immigrants, elderly, disabled, or Aboriginal. With temporary emergency shelters set to close, there is no doubt that we’ll soon start seeing more and more homeless women knocking at the door of our Women’s Services or setting up in makeshift camps. 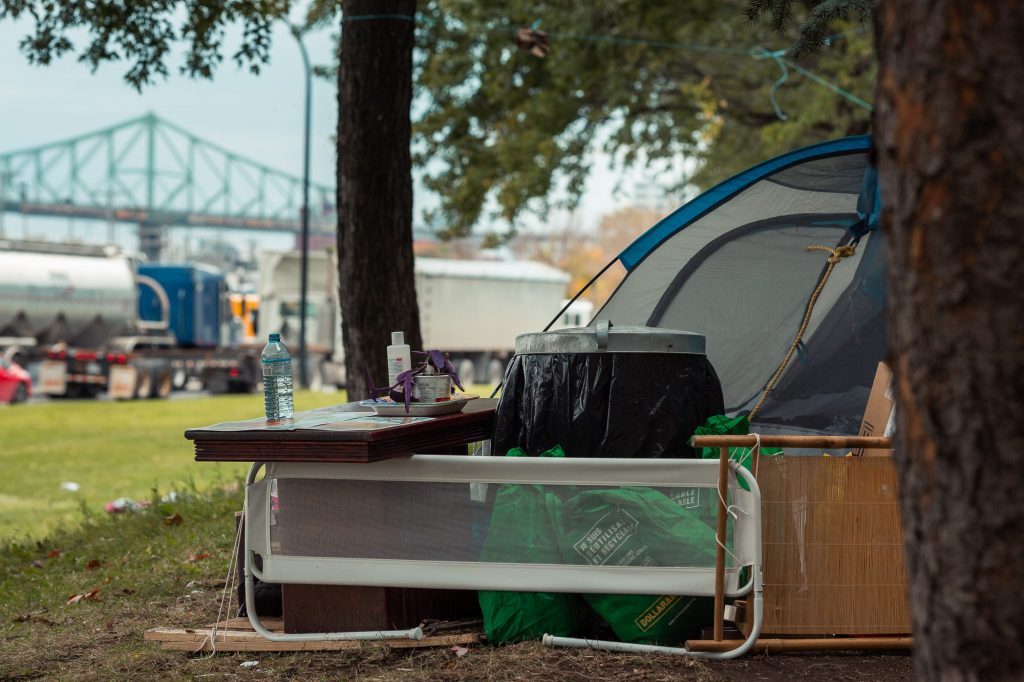 Each year, we take in close to 600 women. While they may all be from different backgrounds and have different life stories, they all have two things in common: They have no support network, and they urgently need a place to live. And the current health crisis has only made their situation worse.

Here’s a small glimpse into the ordeal of the women who turn to us for help:

No sooner had Fatima arrived in Québec than she took a job at a factory, where she caught COVID-19. She was forced to quarantine. But after being abused by her husband, the police brought her to us, at the Patricia Mackenzie Pavilion. She speaks little French and has no support.

Marie, age 60, just underwent chemotherapy. While in the hospital, she was unable to pay her rent. Her landlord wanted to do major renovations, so she was forced to move out. Having no one to turn to, she found herself out on the street, before finally making her way to the Patricia Mackenzie Pavilion.

We take in homeless women like Marie and Fatima every single day. According to the Canada Mortgage and Housing Corporation (CMHC), the average monthly rent for a small apartment in Montréal is $702, leaving these women no more than $30 to buy food and necessities and pay their electricity bill.

The Patricia Mackenzie Pavilion (PMP) is the headquarters for our services for women. We do, however, have many complementary services available in our various pavilions and programs, each with a specific mission and serving a specific clientele.

With the pandemic, women who were living day-to-day are on the brink, and we need your help more than ever.

A Call for Solidarity

Women are not immune when it comes to systemic injustice. Without a way out, women in shelters will remain trapped in the hellish cycle of homelessness. It is our responsibility, as a society, to end it.

The Québec government recently announced $223 million in funding to prevent violence against women. But a lot more needs to be done to help society’s most vulnerable women escape the cycle of poverty, violence, and homelessness. Adequate housing and a living wage (on average, women earn 16% less than men) must be a basic right.

Despite knowing that these essential services are operating well beyond their capacity, the government continues to underfund emergency resources for homeless women. For example, at the Patricia Mackenzie Pavilion, we get roughly $13 per bed per night, but it would actually take seven times that amount to adequately meet the needs of the women who turn to us for help.

There are solutions out there, such as rapid re-housing programs. Over the past six months, we’ve managed to find apartments for 60 homeless women, despite the housing crisis and the pandemic.

With community and government support, we can make a difference—because no woman is ever predestined to end up on the street.

Your support makes a difference