On December 11, the Old Brewery Mission launched a short film entitled Ville de partage: Portrait de ma liberté, reflet de mon âme (“City of Sharing: Portrait of My Freedom, Reflection of My Spirit”). The film is the outcome of a series of collective art workshops that were offered to residents of Webster Pavilion by a team from UQAM’s Faculty of Arts this past fall, as part of a broader collaboration with the university initiated in 2015. It features a montage of images and sounds from Montreal captured from the perspective of homeless men.

“The workshops allowed us to approach rehabilitation from a different angle. By distancing themselves from homelessness for a moment, the participants were, to a certain extent, able to take their first steps away from the street,” said Matthew Pearce, President and CEO of the Old Brewery Mission. “The process impacts a person’s identity and reminds us that we all have the ability to be thoughtful and creative. Participants leave the workshops feeling lighter and more open, which later helps them reintegrate into society.”

First, the participants captured material around the city. Then, the material was analyzed and a set of images was selected according to a theme determined by the group, which was led last fall by Yannick Guéguen of UQAM’s Faculty of Arts. Besides offering participants a chance to step out of their daily routine, the project also contributed to research on the role creativity can play in the recovery of vulnerable and marginalized persons.

According to Mona Trudel, a professor at UQAM’s visual and media art school (École des arts visuels et médiatiques) and lead researcher for a study examining how art can contribute to the recovery and social inclusion of marginalized individuals, the approach used in the workshops—focused on artistic creation and the strengths and interests of the participants—undoubtedly helped develop each participant’s potential. “The workshops may not change these men’s lives, but they do make a difference. If it motivates them to learn something new, take on a project, discover new things or reach their potential, then it’s definitely worthwhile!” Mona Trudel said. “The participants embraced the film as soon as they saw the first cuts. It showcases their images, their voices and their creative take on how they want to depict the city.” 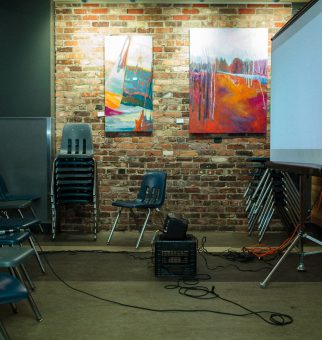 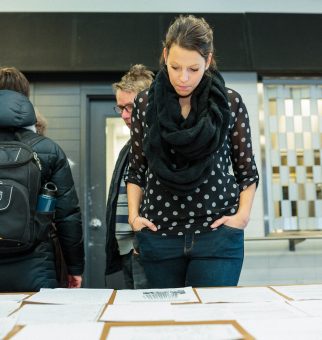 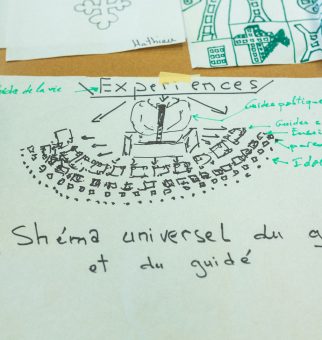 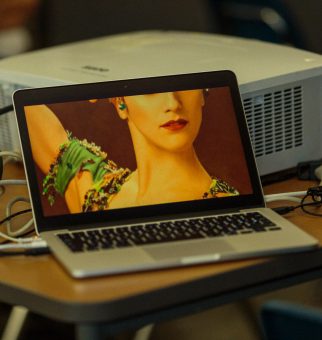 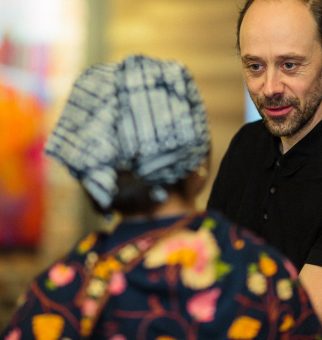 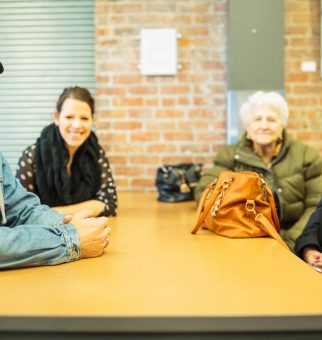 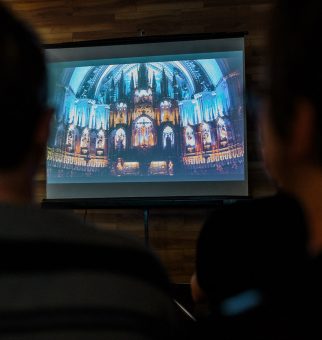 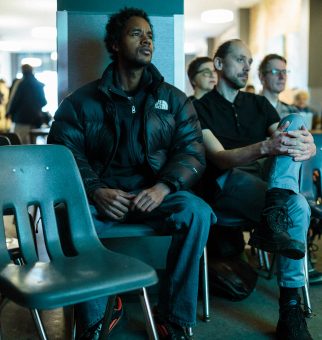 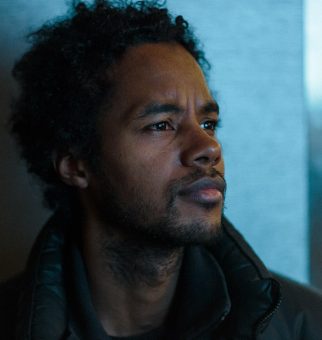 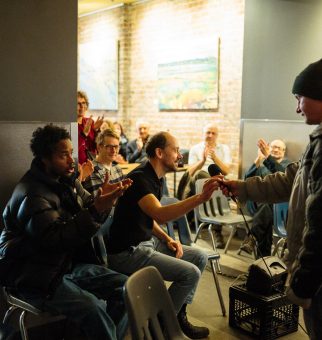 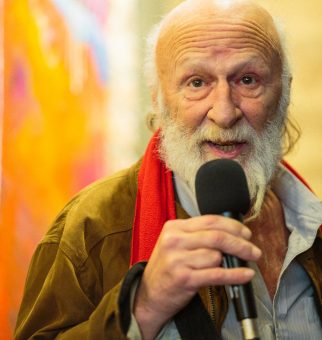 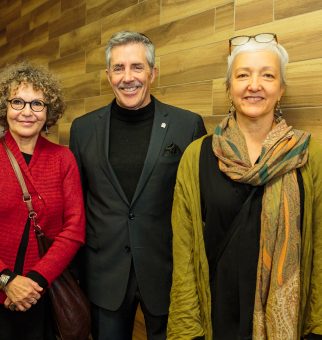 For Sharif, a participant in the workshops, the experience offered a sense of belonging. “At the very beginning, I felt like I didn’t fit in here and I didn’t want to get involved. But then I realized that being open helps you look at people in a different way, without judging them. Together, we can see that we all have something in common.”

Jovy, another participant, found acceptance through contact with others. “For those two hours, people who feel alone get to feel like they matter because they’re being listened to. The last day was very important for me. They accepted a lot of my ideas, which I felt very good about.”

Find out more about the launch and read more participant testimonials in this article published in Le Devoir (in French).

This project was the outcome of a 2015 feasibility study on creative workshops carried out at the request of Dr. Pierre Lauzon, and was part of a study on the contribution of art to the recovery and social inclusion of marginalized individuals conducted by UQAM and financed by the Social Sciences and Humanities Research Council of Canada. The study was initiated by arts researchers and executed in collaboration with a co-researcher from the University of Montreal Health Centre (CHUM) and staff from Hôpital Saint-Luc.

“By taking photos and audio recordings during artistic walks throughout the city or visits to museums and galleries, participants get to experience something positive and be recognized for something beyond their status as persons with mental health problems, addiction and/or homelessness.” (Trudel, Cabot and Lauzon, 2018)

Watch the three short films produced this past fall and read more about the workshops here (in French).